Drones in Cathedrals: An Interview with BigFly, “Architecture” Category Winner at the NYCDFF 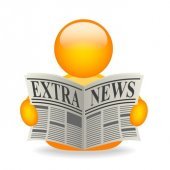